“This is a true nail-biter!!! I loved reading and re-reading because you have to go back to make sure you know what’s going on, which I love! It has true grit, heart, realistic characters and it keeps you intrigued.” —Mary Johns

Life in rural Georgia proves anything but easy for Willie LeBeaux, as childhood obstacles continue to present emotional and psychological barriers he simply can’t escape. The effort to start anew drives him to the city that never sleeps, where he hopes to get lost amidst the faceless inhabitants of post-911 New York. 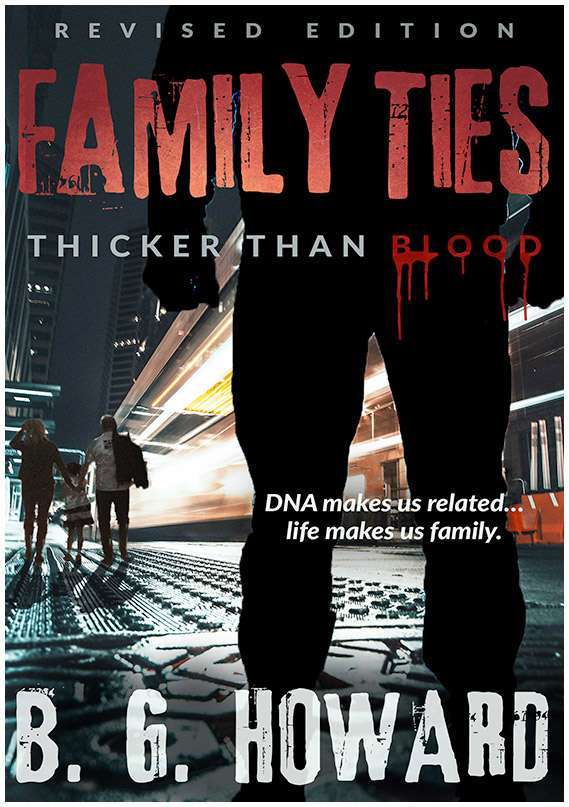 Best Thriller of the Year? Most probably, yes.

Dedications and acknowledgments in books are always important, and many of them simple and cute, but there are ones that mark us with the wit behind the beauty of all of it, and B. G. Howard offers us this epic line:

“…. but the extension of gratitude remains for those who believe and support me as well as those who don’t. Above all else, I thank the Creator for creating me to create.”

The narrative is inviting in the first words of the story, capturing our attention and soothing our expectations that this book will be a pleasant read.

Right in the fifth sentence, we start to see the dynamics of the writer, as he can go from 0-100 in a flash, and Oz can be a few seconds faster than that, hahahahaha.

The slang, the street smarts, and the whole gangster attitude are impressive, very impressive indeed, and the way the characters act feels like they were born in the streets. And the accents were spot on! OMG! You can almost hear them.

There is humor in the fact that our main character wants nothing to do with being the boss of a crime organization in the future, and just wants to get by, and that is, apparently, the exact reason why OZ chose him, lol! This is genial! Nice!! I love the fact that B. G. Howard took time to fill this book with unpredictable humor scenes in the middle of all the action, sex and cursing.

Have you ever imagined a righteous, clean-mouthed, hardcore gangster? We didn’t either, until reading this book, and it’s great! Not in the way one would imagine it, which is why we love it.

The secrets William lives and the fact that he can’t share it with his “parents”, as they grow closer is emotional, as they are a lovely, loud and crazy couple that have nothing but love for each other. It’s crazy really, but it’s one of the reasons this book is gripping. The expectations of it all.

The heaviness of the streets, the harshness, the power and the rage of Oz, and the different perceptions of the same playing fields are shown so well, that one must straighten oneself to digest this book in all of its might.

The harsh reality of police brutality in the USA when it comes to Black People…. It hits yah. The stealing of people’s possession, and all the unfortunately relatable encounters and happenings that make the living hell of Black Americans is… Crushing.

Uhhhhh the prohibited romance between crime people… talk about danger! There is real sensuality and the hinting pull of mystery on it makes it PERFECT! OH YES!!!! A bullet for a kiss, hahahahahahaha!

There is so much street wisdom in here that you want to read this book over and over again and take notes on the pages and the quotes in here.

” “Even still, he’s walking a little closer to the edge than he thinks. It’s a lot harder to get back to the bank once you’ve jumped off that bridge,” I confessed. “Most of the time, current’s a lot stronger than it looks when standing up looking down.” “

And the “lowercase gee” trying to play gangster against someone a lot deeper in the game than he looks.

The main character is so cool! Not the hero type of cool, which is great because there is no cliché in it, but the nonchalant kind of cool, and very wise indeed. He knows how to lie, talk about what is needed and not reveal too much, and above all else, keep his composure. Not only that, but he understands people with an almost super ability! Wow!

LOVE THIS BOOK, not only for the strong stance, especially on racism but also because there is a total fluidity of story in the whole book! It’s engaging, it feels real, the atmosphere is pressurized in so many aspects it doesn’t let go of the pins of anxiety that dig under the reader’s skin! There are so many uncontrollable plots and action courses that the main character is forced to handle, or forget to control, that he (and it) feels… flawed and real! THIS BOOK IS AWESOME!!!!!!!! LOOOOOOOOVE IT! Extremely relatable for the reader, especially Black readers. THIS IS AWESOME!!!!! Love it!

There is realness to every word of this book! DAMN! Excellent!

The author puts so much care into the realness of the characters, the depth of their roles that when Oz tries to say something complex, he errs, TWICE, and then proceeds to use slang!! OHHHH MY GOHHHHHHHD! YOH! This is some serious writing right here! THIS IS COMMITMENT!! OH, GOD! YES! And the Drama! Oh… man. This one is full of close calls, too close for comfort if you ask me, and that’s what makes this thriller great!

Family Ties: Thicker Than Blood is a wild ride in da streets! LOVE IT!

Let’s take some time to talk about the amazing job B. G. Howard did here with the romantic aspect of this novel. This is some serious work here and minute details were included when carving all the little aspects of personality that were shown, not only on Willie’s side but on Tammy, Natasha, Ernestina, and Terri’s daughter, Sharon (not to mention Pops and his Queen). The body cues, the reactions, the way they communicated, miscommunicated, the knee-jerk reactions, the arguing, and all the emotional aspects that you don’t expect to see, laid out here as if it was a photocopy of real life. INCREDIBLE!!!!

Our final word when it comes to this book is: “WE WANT A SERIES NOW!!!!!!!!” Ahaahaahha

Favorite Character: They were so good, it’s hard to decide which. Love them! hahahahaha!

Lesson of the book: “…man ain’t a man if he walkin”

Pros:
EXCELLENT narrative
EXCELLENT details on the character’s personalities and traits, one of the best works in that respect we have seen
EXCELLENT social commentary and displayed scenes of police brutality to the point it shocks the reader
EXCELLENT points on racism, morals, sex, feminism, rights and honor
EXCELLENT accent/vernacular display!
Characters that feel real, deep, and solid to the point of making shadows
Good sex scenes, although they could be more descriptive… hahahahaha!
Relatable problems, all the way, in the book
Great storyline and plot
The way the writer makes the reader understand and relate to the problems and feelings of the characters, well, that’s impressive!

Cons:
Did the author spoil the plot, a little, by telling it in the beginning?

Once I got started reading Family Ties Thicker Than Blood, I could not put it down. I read on my breaks at work and I read when I wasn’t on break. The storyline kept me very interested. I’m going to read it again and buy part two, so get busy Mr. B.G. Howard.

…comes at us with FULL FORCE with this #Thriller Masterpice of a #book already poised for BEST of the year!

I am very family-oriented and I would have a blast reading a book like this. It seems very interesting.

LOVE THIS BOOK, not only for the strong stance, especially on racism but also because there is a total fluidity of story in the whole book! It’s engaging, it feels real, the atmosphere is pressurized in so many aspects it doesn’t let go of the pins of anxiety that dig under the reader’s skin! There are so many uncontrollable plots and action courses that the main character is forced to handle, or forget to control, that he (and it) feels… flawed and real! THIS BOOK IS AWESOME!!!!!!!! LOOOOOOOOVE IT! Extremely relatable for the reader, especially Black readers. THIS IS AWESOME!!!!! Love it!

The author effectively shows the different types of family you can have other than blood relatives and how they can impact your life. I wanted so much more when the book ended; I was delighted to read that a sequel was in the making.